The 20th member of my family of free WordPress themes, Chaplin, was finally released today. This is a fun one.

Most of my themes are pretty static. What you see in the screenshot is what you’re going to see when you activate the theme on your site, and if you want to modify that look in any way, you’re going to have to create a child theme or add custom CSS. Both options involve more messing about with template files and code than most people are comfortable with. That’s a drawback to most of my themes – but also a feature, I think. In a theme landscape where most themes require five plugins and an hour with the documentation (if one exists) to replicate the screenshot on an actual website, it’s convenient with themes that look exactly like the screenshot the minute you activate them.

For a while, though, I’ve been thinking about how I could build a theme for customizable than the ones I’ve been making so far. With the introduction of the Block Editor in WordPress 5.0, any page on a WordPress site can accommodate pretty much any layout, making WordPress itself a lot more flexible than it was just a year ago. I realized that if I built a theme with the capabilities of the Block Editor in mind, I would want it to be equally capable to handle different styles. Not just a custom accent color, but the ability to easily change every color and font in the theme.

If the Block Editor would enable users to create any layout on their site, and the theme would allow them to style the layouts however they want, then that could end up being pretty useful. 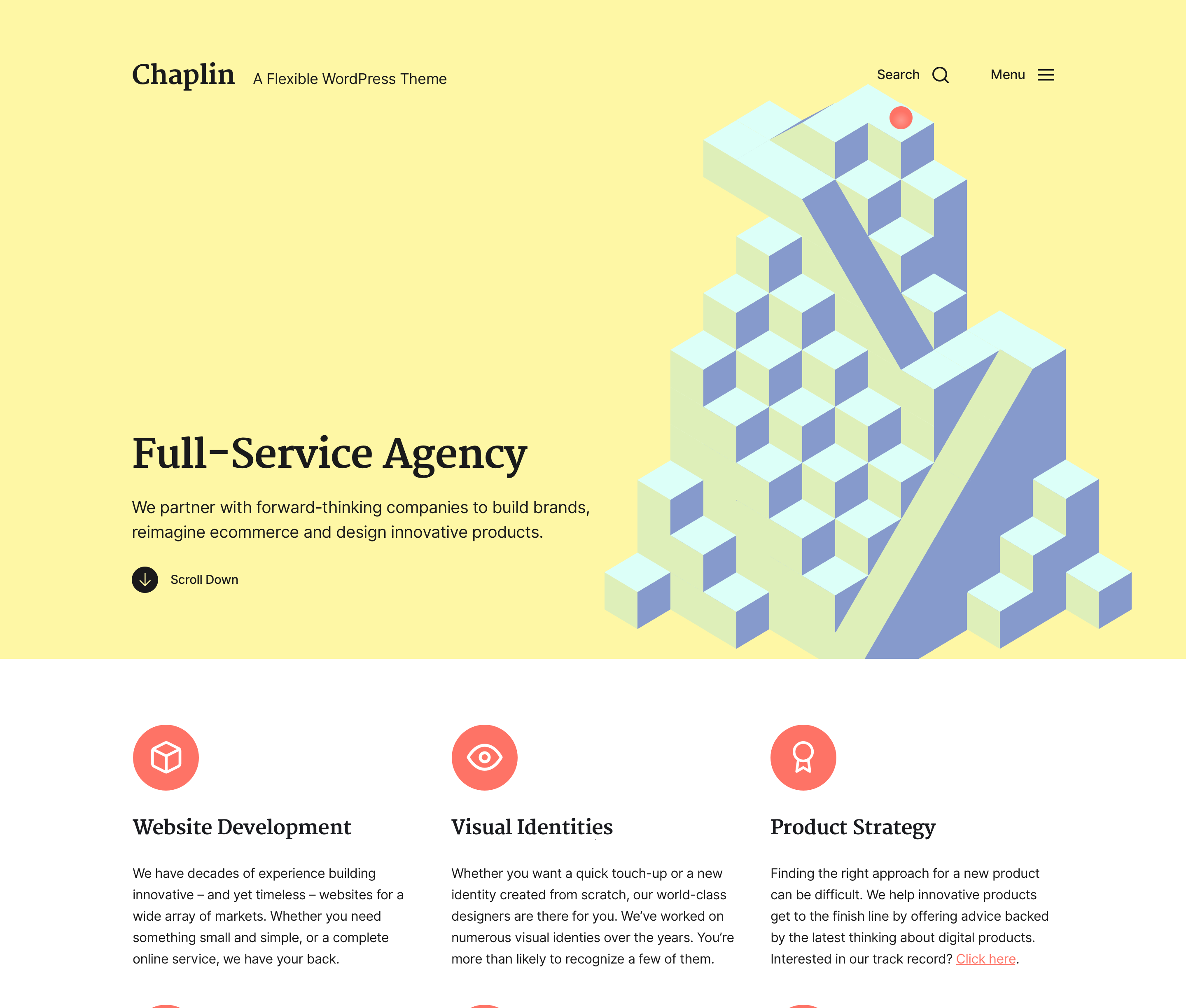 It turned out pretty ambitious, too, which is why it took a couple of months to get it to a releaseable state. But I think it turned out pretty good. Chaplin went live on the WordPress.org Theme Directory yesterday, and I put up the demo earlier today. It features full Customizer settings for fonts and colors, extensive block editor support, editor styles that reflect the fonts and colors chosen (both for the Block Editor and the Classic Editor), and a lot of other fun stuff. You can read more about it here. I have a lot of ideas for future updates, but I’m going to let the theme stew for a while before I start adding more stuff to it.

Chaplin is available as a free download from WordPress.org, or through Appearance → Themes → Add New in your WordPress administration panel. I hope you’ll like it.