END_OF_DOCUMENT_TOKEN_TO_BE_REPLACED

“Be a yardstick of quality. Some people aren’t used to an environment where excellence is expected.” 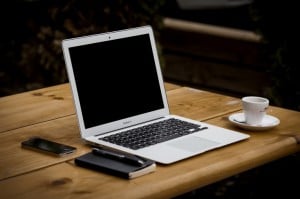 Dieter Rams was strongly influenced by the presence of his grandfather, a carpenter. Rams once explained his design approach in the phrase “Weniger, aber besser” which translates as “Less, but better”. Rams and his staff designed many memorable products for Braun including the famous SK-4 record player and the high-quality ‘D’-series (D45, D46) of 35 mm film slide projectors. He is also known for designing the 606 Universal Shelving System by Vitsœ in 1960.

“What Dieter Rams and his team at Braun did was to produce hundreds of wonderfully conceived and designed objects: products that were beautifully made in high volumes and that were broadly accessible.”

By producing electronic gadgets that were remarkable in their austere aesthetic and user friendliness, Rams made Braun a household name in the 1950s. He is considered to be one of the most influential industrial designers of the 20th century.

Rams introduced the idea of sustainable development and of obsolescence being a crime in design in the 1970s. Accordingly he asked himself the question: is my design good design? The answer formed his now celebrated ten principles.

Bob tells the story of a little hamster that tries to follow his true love around the globe. Can he catch up?

END_OF_DOCUMENT_TOKEN_TO_BE_REPLACED

The timeless classic Star Wars: Knights of the Old Republic has appeared on the iOS App Store, ten years after it was first released on Xbox in July 2003. I’m only a couple of hours in, but it seems like a solid port so far. It’s yours for $9.99.

Bridge is a story about four animal characters trying to cross a bridge, but ending up as obstacles to one another in the process. The moral behind this story revolves around how there are often disagreements or competing paths in life, and the possible results of pride, obstinance, and compromise. Created by Ting Chian Tey.

Hemingway is a clean and beautiful theme that puts your content front and center. You can download it for free at the WordPress theme directory.

Hemingway is developed by Anders Norén.