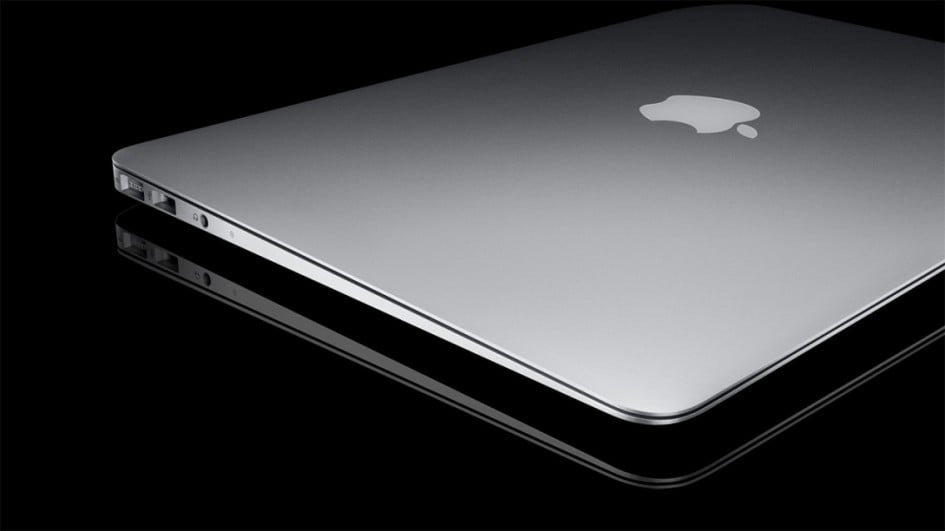 The purty aluminium lines of the the MacBook Air.